EXPLORE
CLOSE
Go Back to News 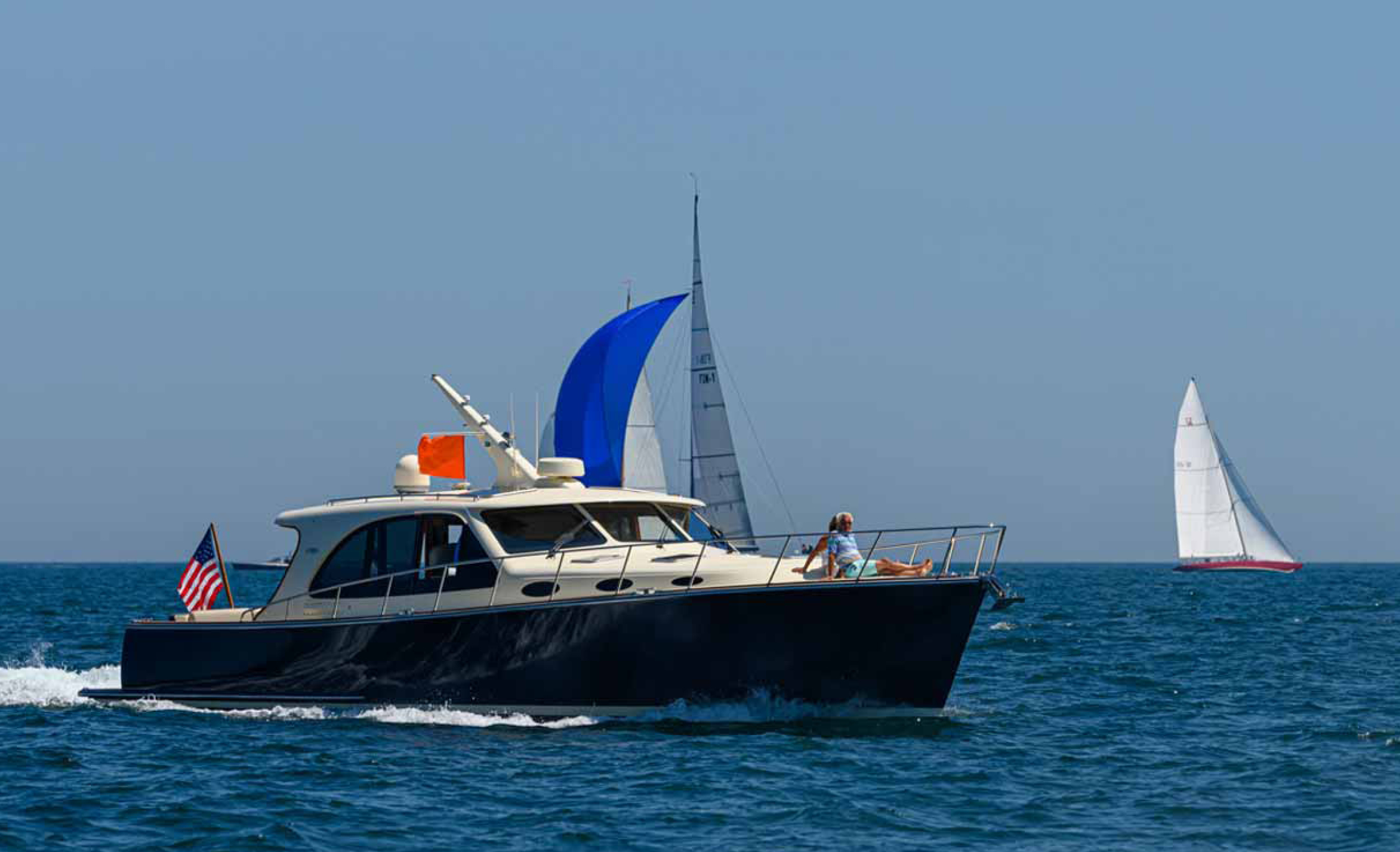 Palm Beach Motor Yachts were proud to be official sponsors of the recent 12 Metre World Championship in Newport Rhode Island this past July. We watched on as the historic 12 Metre class, designed by boat-building pioneers of the 1900s for the highest level of sailing racing, battled it out for the world titles. Palm Beach provided three spectator boats for VIPs to get up-close to the action, it was a fun few days out at sea with on-the-edge-of-your-seat suspense up until the final moments of the races.

On course we had the incredibly fun new GT50 open, a beautiful new Palm Beach 52, and a stunning Palm Beach 55 watching on at the event. Organised by the International Twelve Metre Association’s (ITMA) Americas Fleet and hosted by Ida Lewis Yacht Club the race had twenty-one 12 Metres from across six different countries – this 12 Metre World Championship was the largest gathering of 12 metres to date in North America! The oldest beauty in the race was Onawa (US-6), built in 1928 and sailed by a syndicate led by Jim Blanusha, Steven Gewirz, Louis Girard, Earl McMillen and Mark Watson of Newport, R.I.

Twenty-one yachts battled it out for championship titles in four different divisions; Grand Prix, Modern, Traditional, Vintage and a speciality race Spirit. Italian Patrizio Bertelli’s Nyala (US-12) took out an early win in the four-boat Vintage division with Mauro Pelaschier at the helm, a second-time victory after taking out the same title in 2009.

Eight boats battled it out in the Modern division with Challenge XII, owned and skippered by Jack LeFort of Jamestown, R.I. taking out the world title, redeeming themselves with a win in the final decider after a disqualification set-back with Courageous (US-26) in the prior race, this counted as their fifth win of nine races.

The Grand Prix division had four boats compete and was a true nail-biter with only a mere one point difference between first and second place. Legacy (KZ-5) of Denmark took out the world title with New Zealand (KZ-3) placing a very-close second, owned by Gunther & Maggie Buerman of Newport, R.I. In the Traditional division, Columbia (US-16) placed first, owned by Kevin Hegarty of Newport and helmed by Anthony Chiurco of Princeton. 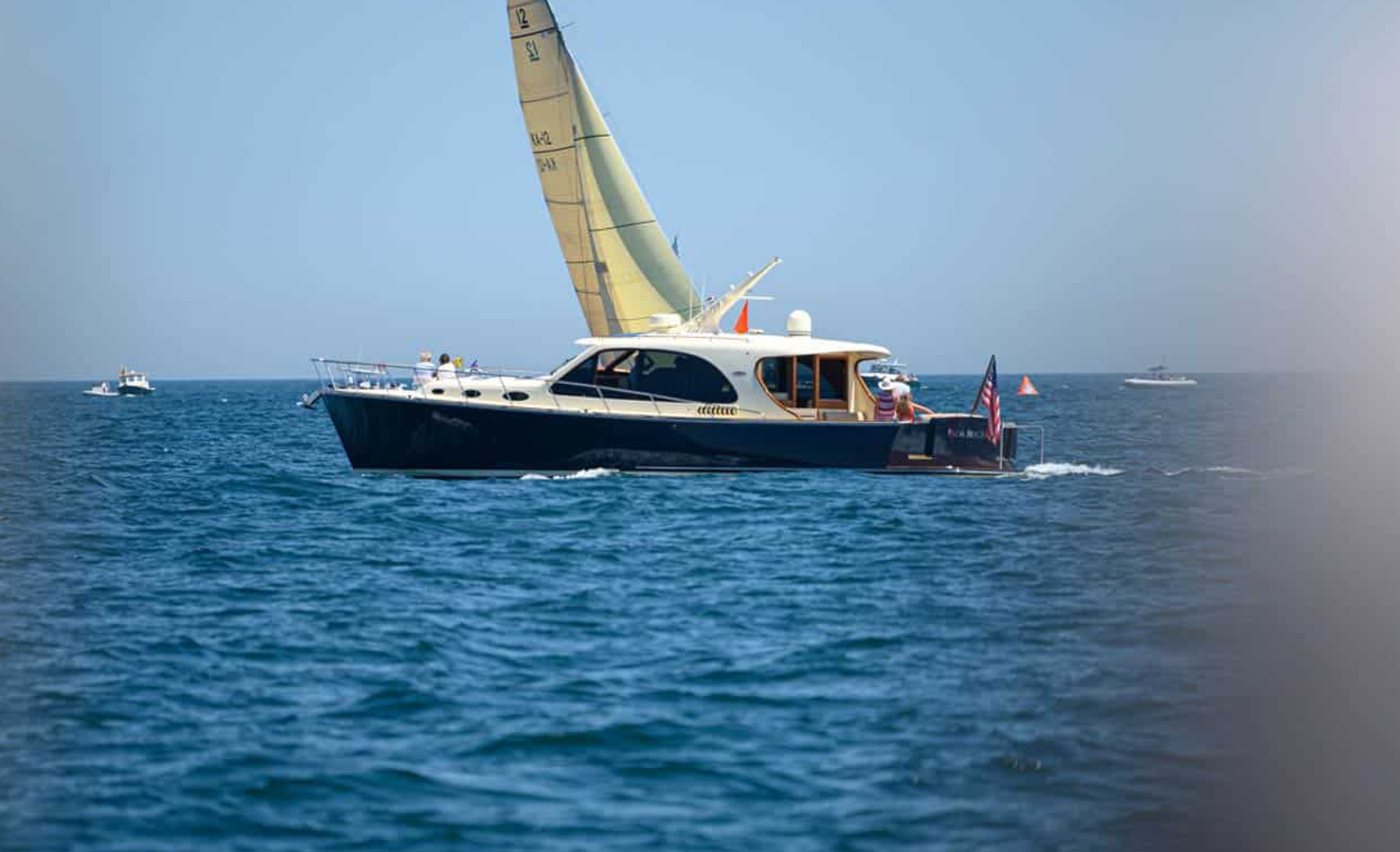 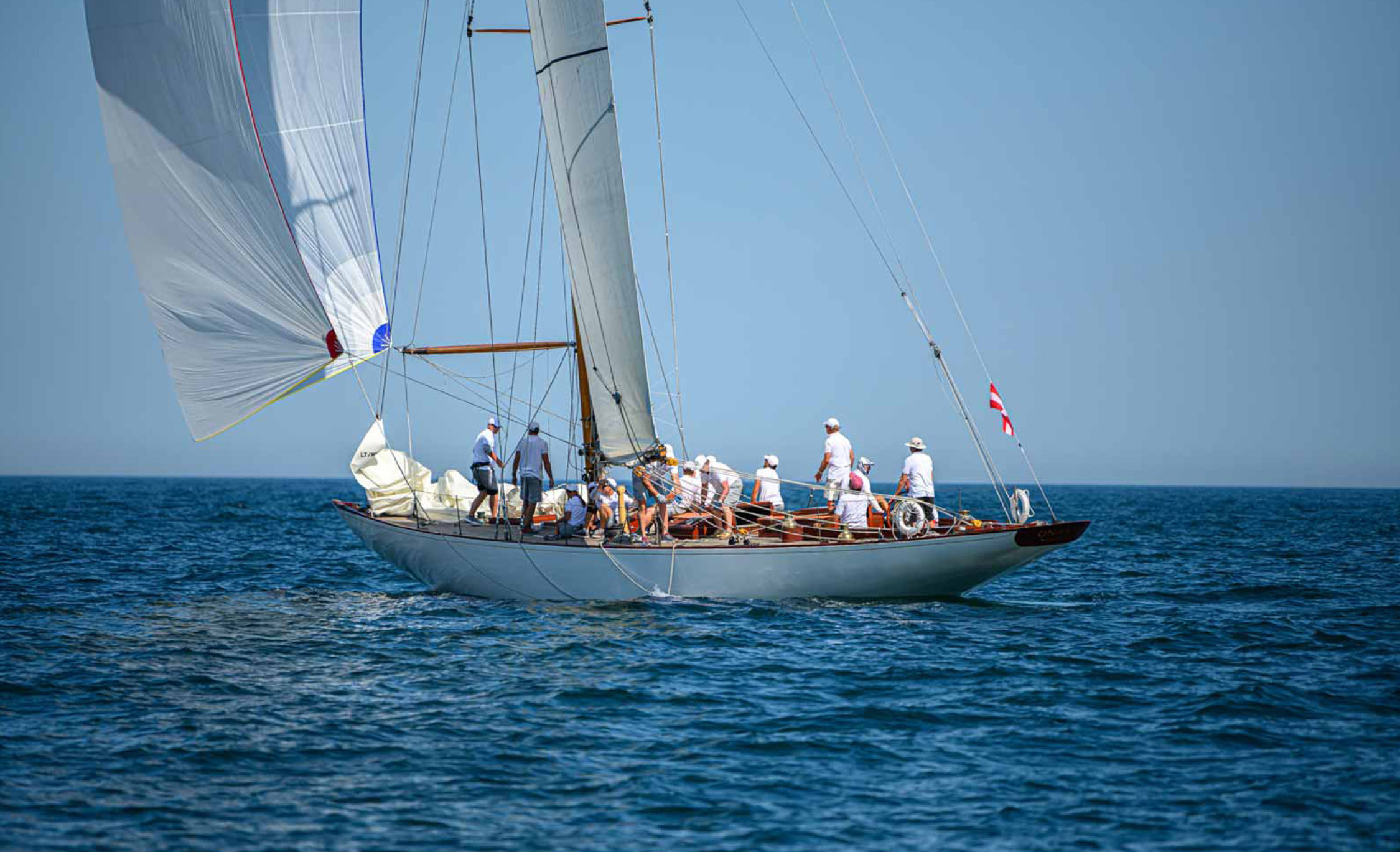 Palm Beach Motor Yachts had a spectacular time watching on at the 12 Metre Worlds, witnessing some of the most innovative yacht designs in the history of competitive sailing racing up until today, 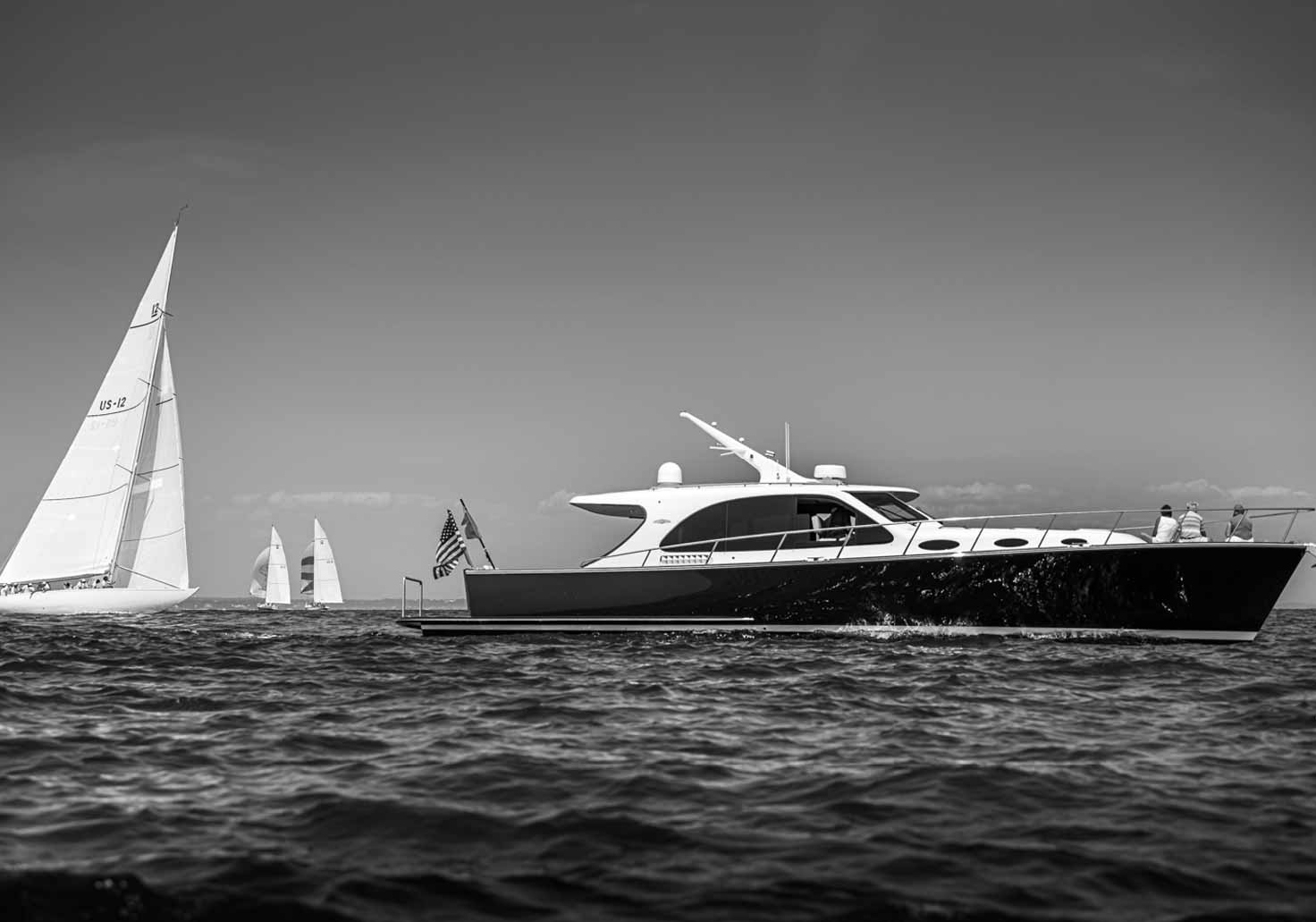 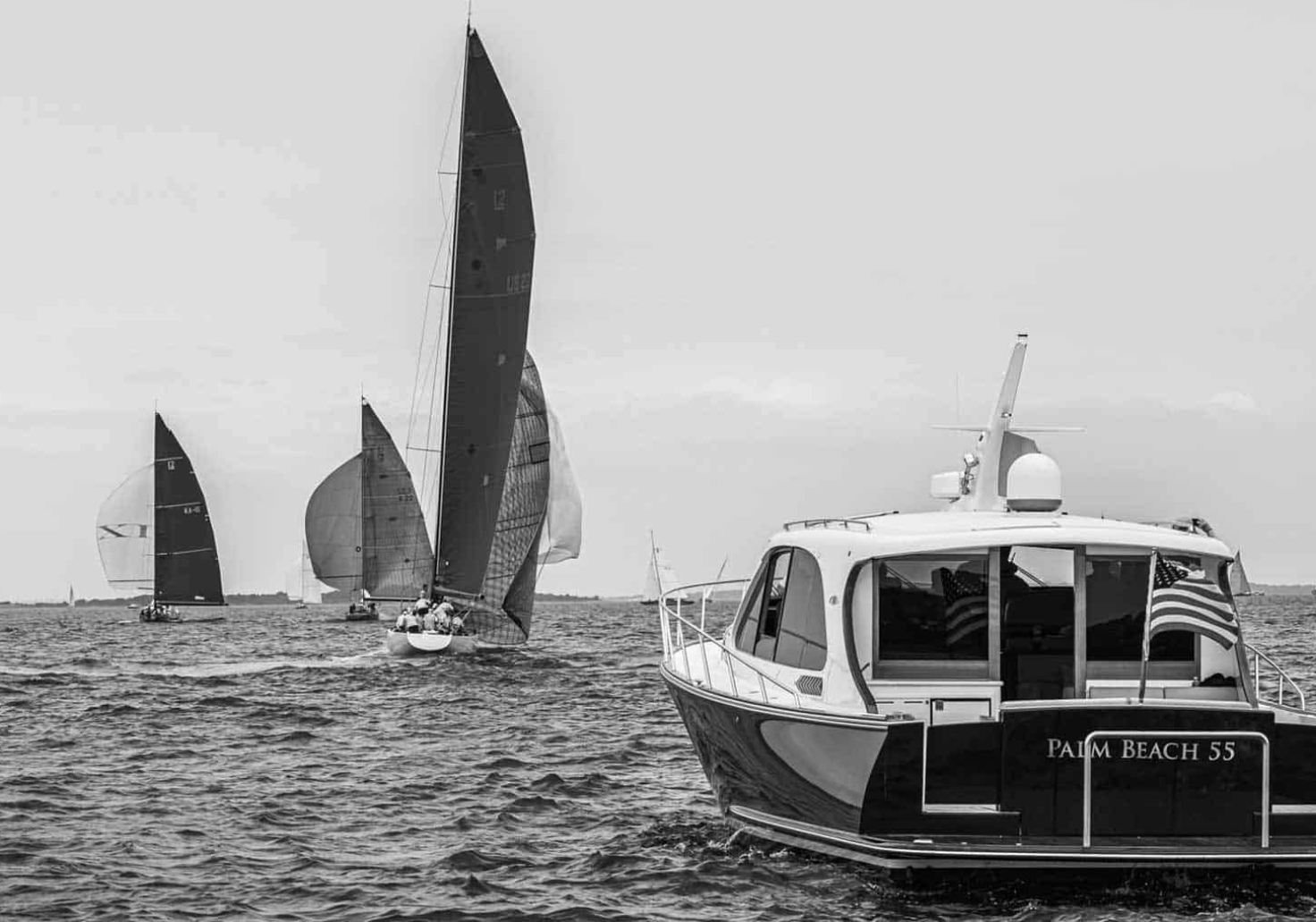 Go Back to News